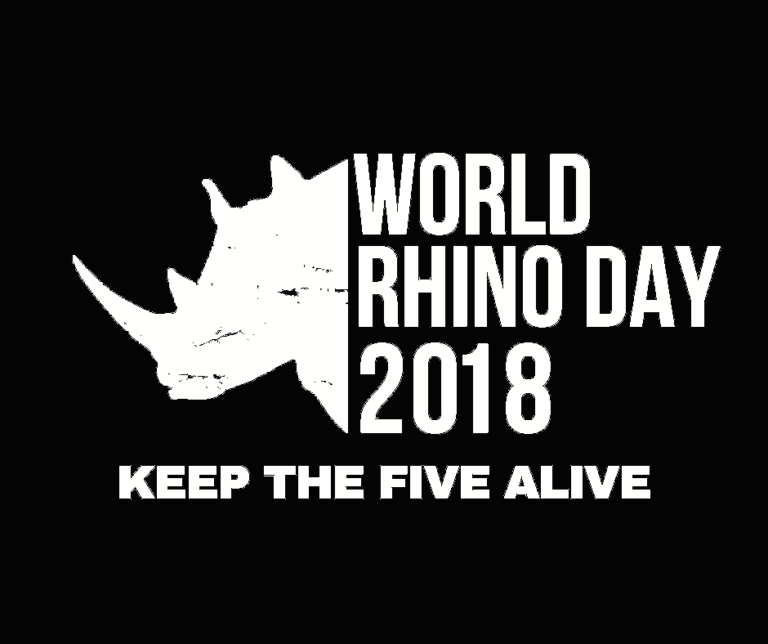 Highlights from the 2018 report:

“This year, we’re at a critical point for rhinos. We must do what it takes to ensure they survive, or we will start losing species,” said Dr. Susie Ellis, executive director of the International Rhino Foundation. “Protecting the five species in range countries, cracking down on poaching,, dealing with governmental corruption, stopping the demand for rhino horn, and securing habitats is the way forward.”

Two-thirds of the world’s five rhino species could be lost in our lifetime. Rampant poaching by organized criminal networks, habitat loss, and factors ranging from inbreeding to invasive species are driving Africa’s black rhino and Indonesia’s Sumatran and Javan rhinos to the brink of extinction. Africa’s white rhino and India and Nepal’s greater one-horned rhino are also endangered; their survival still remains dependant on vigilant protection, monitoring, and management.

Ten years ago, roughly 20,800 rhinos roamed Earth. Today, rhino numbers hover around 29,500 – a 41 percent increase in 10 years. Despite this uptick, rhino populations are at the tipping point, barely keeping up with devastating losses from poaching. In Africa, criminals killed more than 1,100 rhinos last year. And two of the three Asian rhino species are quietly disappearing from Indonesia’s dense rainforests. The Government of South Africa and dedicated conservationists teamed up to bring the southern white rhino, a subspecies, back from fewer than 100 individuals in the early 1900s to roughly 20,000 today. White rhinos are the primary target of poaching gangs in Africa; births are just barely outpacing deaths. The death of the last male northern white rhino, the member of a functionally-extinct subspecies of white rhino, has recently garnered a lot of public attention. The subspecies had the misfortune of living in Sudan and the Democratic Republic of the Congo, where wild populations were decimated by militant armies. Sadly, by the time expert trackers determined that they were extinct in the wild, only a handful of zoo animals remained and none were capable of breeding. Today, only two non-breeding females are living out their days in a reserve in Kenya. Thanks to strict protection by government authorities in India and Nepal, the greater one-horned, or Indian, rhino has rebounded from fewer than 200 individuals to more than 3,550 today. The challenge is to use lessons from these two species to recover the three that are in desperate trouble. Africa’s black rhino is slowly coming back from horrendous losses. By 1993, fewer than 2,300 rhinos remained from populations numbering more than 65,000 in the 1970s. Today, black rhino numbers hover around 5,000 animals, but, like white rhinos, they are being particularly hard-hit by a poaching epidemic. In Asia, fewer than 80 Sumatran rhinos remain, and because the population has declined more than 70 percent in the past 20 years, it may well be the most endangered large mammal on Earth. Three small, isolated populations exist on Indonesia’s Sumatra Island, plus a tiny handful of animals in Indonesian Borneo. Remaining populations are heavily guarded by anti-poaching units, and plans are underway to capture rhinos and bring them into large, semi-natural breeding facilities in an attempt to increase population numbers. Sumatran rhinos were declared extinct in the wild in Malaysia in 2015. Javan rhinos, numbering no more than 67 animals, are found only in Indonesia’s Ujung Kulon National Park, where they are heavily protected. Ujung Kulon is situated just south of the site of Krakatoa, the volcano that cataclysmically devastated the region in 1883. “Anak Krakatau,” or Son of Krakatoa, is active a short ways away from the original volcano. Another eruption could devastate this species’ tiny population. The last Javan rhino in Vietnam was found shot with its horn hacked off in 2010.

So what does this all mean? First, we must remain vigilant. The successes of the white and greater one-horned rhinos could be wiped out if round-the-clock protection of these species is not continued. IRF funds protection and management of all five species and we are dedicated to ensuring these species don’t go extinct. Secondly, the demand must be abated. China and Vietnam are the top two consumer countries; the demand sprung from a misconception that rhino horn has medicinal value. Rhino horn is primarily keratin, the same substance of our hair and fingernails. Demand for this useless product has been driven up for ill-conceived reasons.

For all five rhinos, the highest priorities are to bolster anti-poaching activities, to maintain intensive monitoring and active management of wild populations, and to intensify international pressure on range country governments to enforce their wildlife crime laws.

What is our most important obligation to rhinos? Ensure that what happened to the northern white rhino will never be repeated.

On September 22, thousands of people around the globe join #TeamRhino on World Rhino Day. World Rhino Day provides the opportunity for cause-related organizations, NGOs, zoos, and members of the public to celebrate rhinos in their own unique ways. To support IRF in its 2018 efforts, visit teamrhino.org.