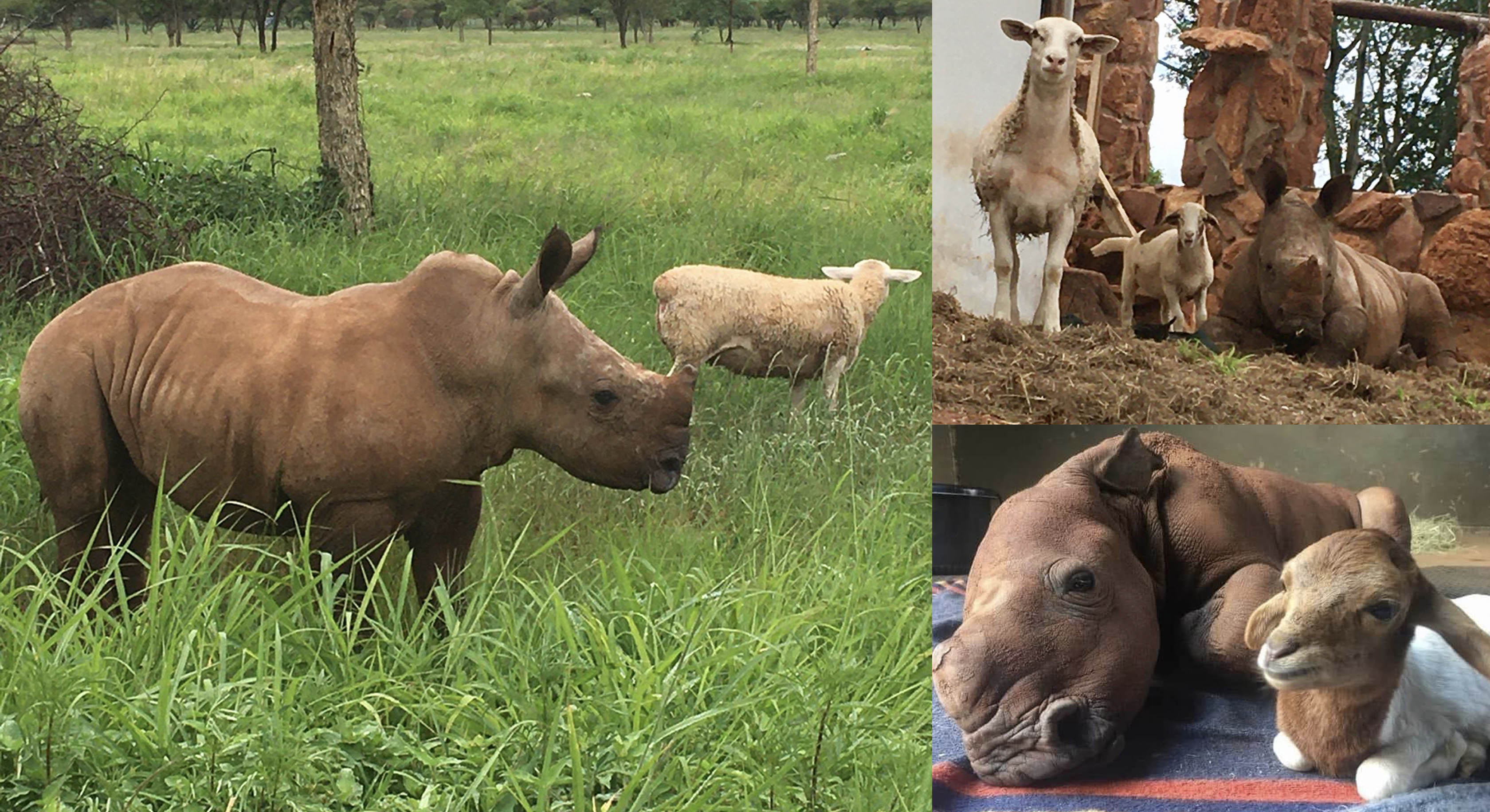 Adam is an unusual orphan. He is not a victim of poaching.

A baby rhino born with hepatitis and eye cataracts, Adam would not have survived. He needed essential and on going medical attention, so was given to Dr Jana for care. Without any rhino babies of his age at the RPF, Adam was alone. Rhinos are social animals, and connection to other rhinos is fundamental to their well being and survival. Adam needed a friend.

Enter Snowflake and Jaapie. The two sheep, one big, one small, were introduced to Adam and it was friendship at first sight. Sheep are grazers, so they are natural companion animals for orphaned rhinos, as they happily grazed alongside one another. Adam loved his sheep! Wherever they went, Adam followed. He did want to lie right against them, following his rhino instinct, but he learned that the sheep need a little bit of space, or he’d crush them! Adam loved his early morning his early morning gallops through the veldt with Snowflake and Jaapie following and maa-ing right behind. But as wonderful as this union was, Adam needed his Eve!

Happily, the day came when Adam found his Eve. The same age, this was almost love at first sight! But Adam had to understand that Eve was his soulmate! He had to understand that he’s a rhino, not a sheep! It took a little time, and some perseverance from young Eve, who knew: We belong together! When Adam realized that Eve was much more familiar than his best friends the sheep, a deep friendship between the two rhinos started. Now they are never without one another. They walk side by side, and eat side by side. And finally Adam has a rhino he can lean against. His dream has come true.