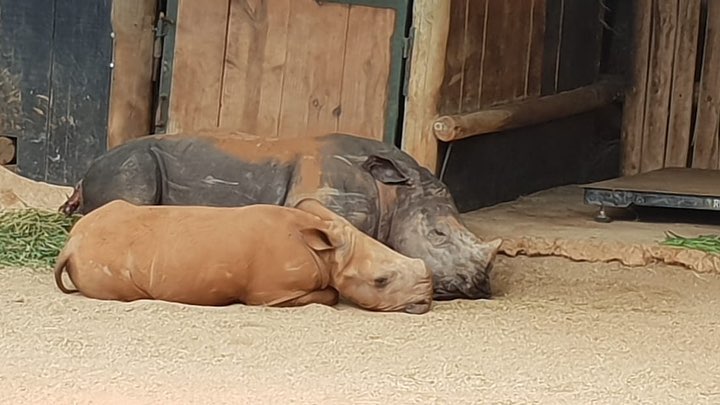 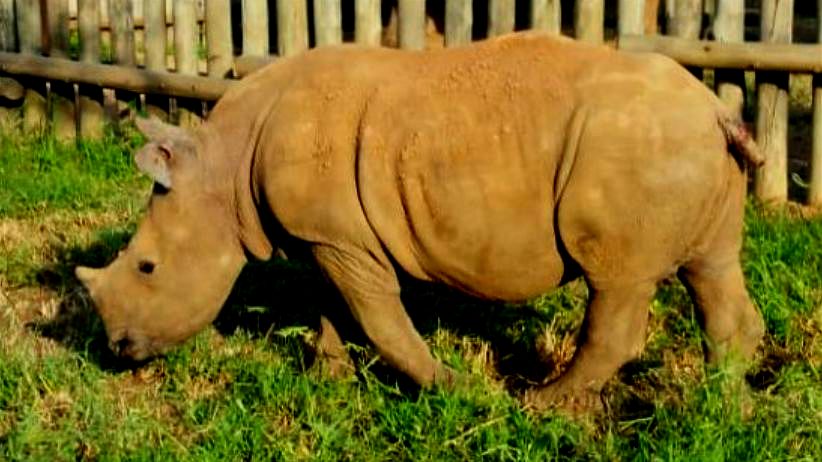 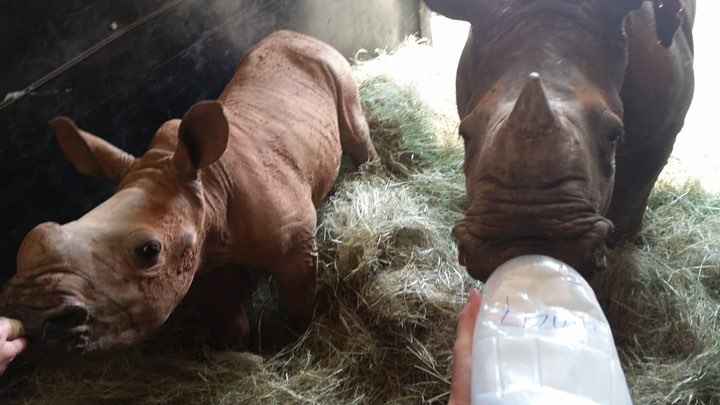 On 13th February 2019 three rhino cows were poached at a waterhole, one of which had a young male calf at her side.
Luckily, the young rhino bull was located with bloody injuries to his ears and tail caused by hyenas. Due to the size of the calf, a helicopter was not going to be able to transport the calf to safety! Rangers kept the orphaned and traumatized rhino under watch while another plan was designed. A trailer was made available but got lost in the tangled bush, but it arrived eventually.

The young calf was darted, rescued and immediately placed on a drip, then loaded onto the trailer and he began his journey to safety. Unfortunately, due to the harsh nature of the bush, the trailer got a flat tire! In the middle of the night, the team had very few options.

Luckily, a truck was made available! This was less than ideal and the life of the orphaned calf was at stake. Cushions and blankets from the nearby camp were used to make the calf as comfortable as possible. The young rhino arrived at the sanctuary in the early hours!

His wounds were cleaned and with the healing salve of medical grade Manuka honey, his treatment began. Amazingly he began drinking from a bottle just a few hours later.He was named Lazuli.

This beautiful name means royalty and honor, gods and power! It also means the most beautiful blue color, which Lazuli the rhino is!

A week later the Prince Lazuli met baby Ribbon for the first time. Magic ensued: it was love at first sight! The two orphans nuzzled each other, and a deep friendship began.Now Lazuli looks over Ribbon, she is never far from his watchful gaze! And Ribbon, who is younger and smaller is the endless charmer.