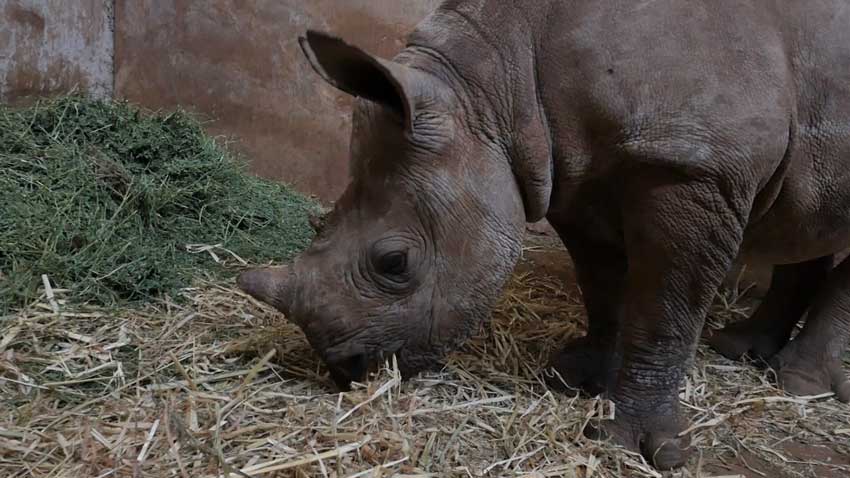 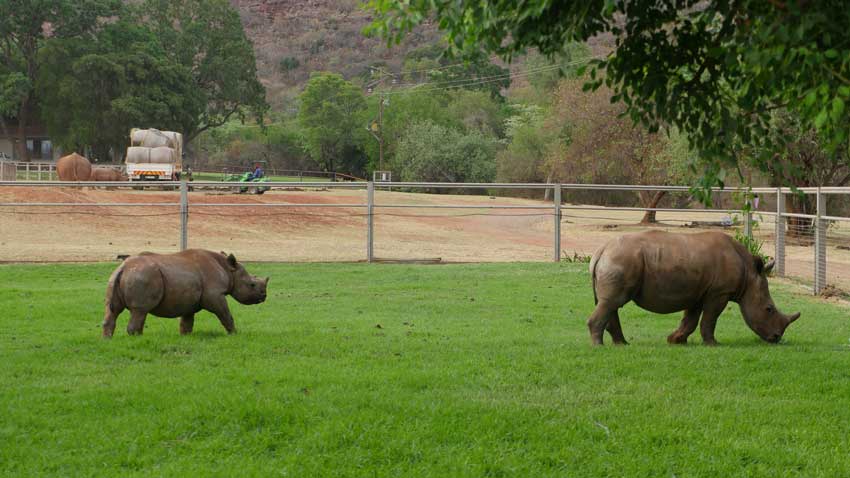 Mickey, is a black rhinos with a massive character. Resilient and unstoppable, he has bounced back from a very difficult time.

Mickey was only 6 months old when his mother was poached on a private farm. He tried to defend her against her attackers and was viciously stabbed. Thankfully, his ribs deflected the blade, protecting his lungs, and he sustained a long, but treatable wound.

He arrived at the RPF wounded and dehydrated. He took the bottle quickly, and calmed down almost immediately. This is a characteristic of black rhinos that find themselves in captivity.

He had no interest in mingling with the white rhinos, and kept his distance until Kassie arrived. Kassie, a young white rhino, from the same farm, was separated from his mother during a translocation to a safer reserve.

Kassie arrived, suddenly orphaned and very vulnerable. The black and white babies were initially wary of one another, but their good natures got the better of the stand off, and they bonded!

With Kassie by his side, Mickey took to sanctuary life quickly, getting his bearings and clearly deciding that he would simply be the friendly, loving, extrovert little rhino he is,His relationship with Kassie is true bromance and one will never see the one rhino without seeing the other.

They are naughty, but it’s the good kind of naughty, and they like getting their way.

Mickey has the unique position of being the only black rhino at the RPF sanctuary. But Mickey is far from being a black sheep, he is a superstar, loved by all!