African Rhino Conservation and the Trade in Rhino Horn 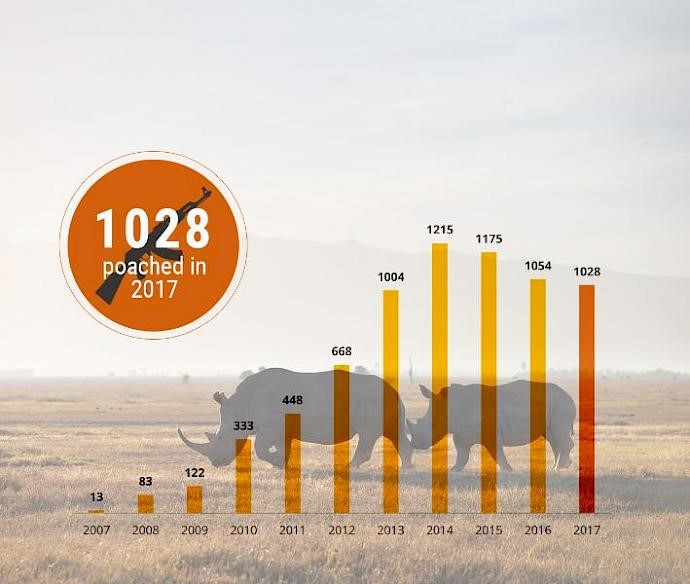 The conservation of African rhinos has been a major wildlife trade issue for well over a decade. The most pressing threat to their continued survival in the wild is from poaching to satisfy consumer demand for their horn, predominantly from Asia.

Currently, there are approximately 20,000 White Rhinos Ceratotherium simum on the continent, classified by IUCN as Near Threatened.

Vietnam
and China are the primary consumer markets for rhino horn.

3 rhinos
are poached every day in South Africa alone. a background to the crisis

Most African rhinos are now found in South Africa, which hosts 79% of the continent’s total, alongside other important range States Namibia, Kenya, and Zimbabwe. 2015 statistics showed 70% of rhinos poached in the country occurred in Kruger, compared to 60% in 2017.for rhino horn—which drives the rhino poaching crisis.

Traffic is at the forefront of understanding consumer demand for horn.