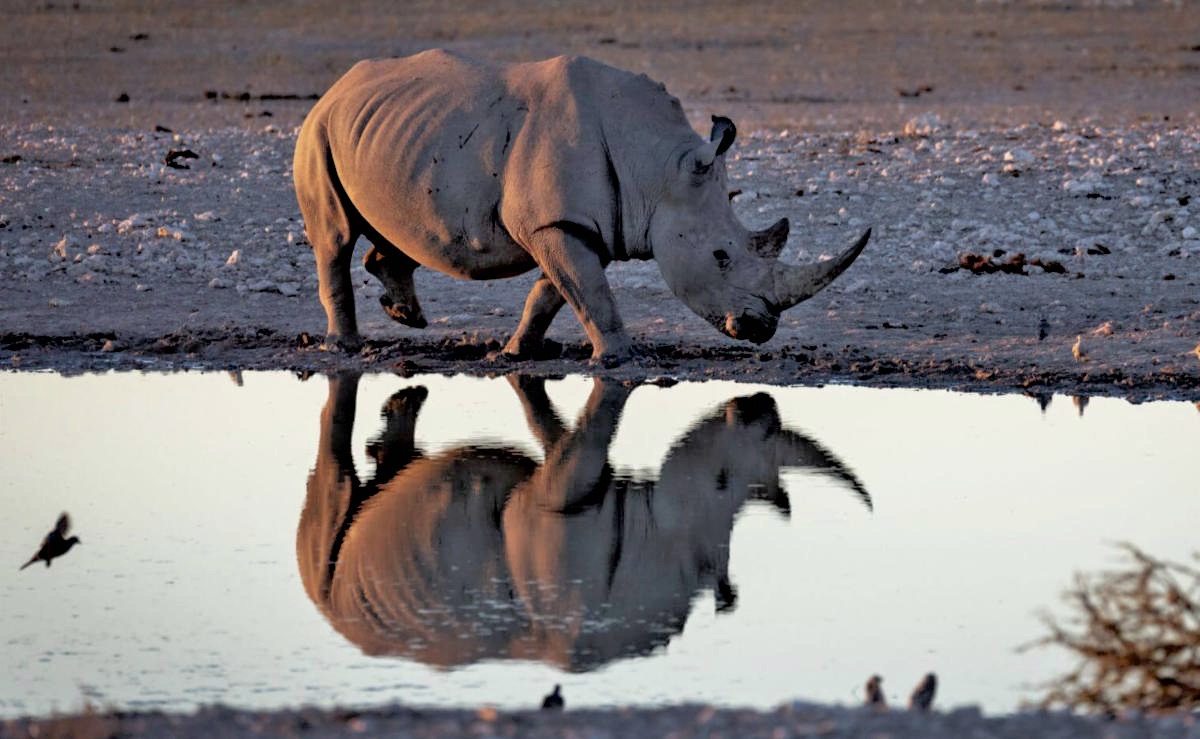 The world has been in a state of status and shock. BRR however has not been stalled! Our commitment to Care for Wild Rhino Sanctuary, that rehabilitates and releases rhinos orphaned in the Kruger National Park, and Rhino Pride Foundation, which rehabilitates rhinos that come from private rhino owners, continues at a pace. After extensive research, Baby Rhino Rescue has committed to a third partnership!

Rhinos that are FREE and SAFE and WILD!

We are supporting a 100-strong population of rhinos in a cutting-edge conservation project in South Africa. This project, in an undisclosed location, is on a 100,000 hectare (235,000 acre) reserve — the largest privately owned big 5 game reserve in South Africa. It is more than 16 times the size of Manhattan! The reserve has an “A class” population of successfully breeding white and black rhinos. Both the black and white rhino population have doubled since they were introduced in the reserve. To date, the reserve has not had a single rhino poached. The remoteness and secretiveness of the location is paramount in keeping the animals safe. The reserve is managed according to a contemporary ecological plan.

This reserve purposely limits exposure to minimize the risk of poaching, with a select few people or oganisations invited to visit — or involved. BRR has the unique privilege of working with the reserve in a game-changing way:

To see rhinos in a pristine, wild landscape, one is struck with the tragedy of what rhinos have lost. BRR is committed to the preservation of rhinos. Putting our support behind this cutting-edge project takes this commitment to the next logical level — protecting wild rhinos, too.