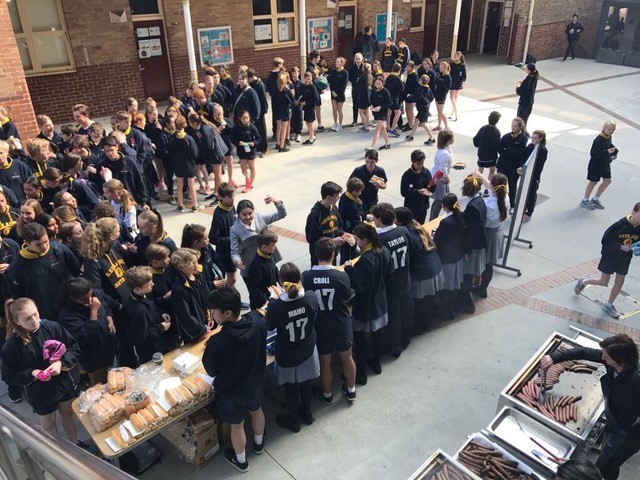 Redlands School in New South Wales, Australia has sent us an awesome donation of $1200! Another 4 Rhino Pride orphans are being adopted with these funds!

Redlands school mascot is the rhino and this means that the school has a special spot in their hearts for wild rhino. Redlands has supported other rhino conservation projects in the past including buying two camera traps as part of a 43 camera trap project running in two national parks in Sumatra (habitat of the last remaining 100+ Sumatran rhinos). They even have video footage of Sumatran rhino from our camera traps. How cool is that?

The Year 12s  held a ‘sausage sizzle’ for the legacy gift to the school. Then they hosted Mufti day for ‘Greenlands Week’ – a Prefect environmental initiative that they run each year.

On Mufti Day, students dress up in their own clothes instead of school uniform for the day and donate for the privilege. The theme was ‘animals and nature’ and they even had quite a few students in animal costumes!

Well done and BIG, BIG, BIG rhino thanks to you all!