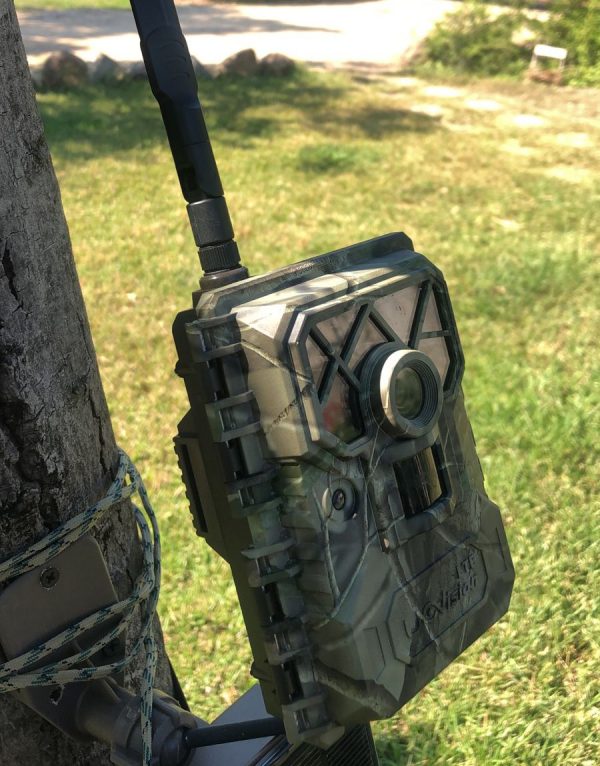 Under a full moon, two strangers climb quietly through a game fence intent on one task. They are there to poach rhinos. They do not need torches because the moonlight makes the bush so beautifully clear. They believe that without a torch their presence will hardly be noticed but they are wrong. They do not know that their movements have triggered a strategically placed camera that has quietly captured a record of their presence. The image has been almost instantly relayed to the screen of a silent volunteer observer in America who calls what they are witnessing into the Wildlife Protection Solutions (WPS) operations center in Denver, Colorado. The volunteer has no idea where the drama they have observed is being played out. It could be anywhere in the world. The observation room in Denver however, knows exactly which camera has been triggered and relays the information to the owner of the property which, in this imagined instance, is in the vicinity of Mpumalanga; prime rhino poaching territory. The anti-poaching team, already on patrol after being alerted via License Plate Recognition cameras that there are strangers behaving suspiciously in the area, changes directions and heads out to deal with the threat.

Without having had to invest in extra cost or manpower, the owner of the reserve has a new double-layered edge of protection courtesy of Baby Rhino Rescue and is able to prevent the ultimate nightmare; the murder of yet another rhino. The double-layer is a combination of motion-activated cameras on the property and License Plate Recognition cameras which are spread across roads and areas most prone to poaching. The double-layer means that once alerted to the presence of strangers and strange vehicles in rural areas, anti-poaching teams are already on the alert that something is afoot. The need for the two-pronged approach lies in the fact that it is hard to know exactly where poachers might be coming from and if they are simply strangers passing through or strangers with malicious intent. License Plate Recognition cameras record all vehicles that pass below them and the observation rooms in South Africa keep track of all the data being fed into them. Any suspect vehicles are flagged and that information is relayed to property owners. With very stretched resources and manpower, it is impossible to cover all bases, which is where the next layer of camera protection comes into play.

WPS supplies and installs the cameras that Baby Rhino Rescue has purchased and donated to different reserves. The team analyzes the most vulnerable points on a property and strategically installs cameras. The cameras are motion-activated which means they often catch the movement of animals rather than people. The sophisticated software used by WPS in Denver sifts through the images relayed and in most instances does not issue false alarms. When genuine intruders appear the camera records the image and because it all happens in real-time, the anti-poaching teams are alerted. They respond as fast as they can, and are able to get to the point indicated and the poachers have no chance to carry out their brutal plans. It’s a win-win situation because the anti-poaching teams can work more efficiently and effectively, no extra funds are needed for the increased protection, and best of all, rhinos stay alive and free. For the owners of small to medium reserves, using the two-tiered line of defense reduces the huge stress they face on a constant basis in their nonstop efforts to keep their animals safe. It also means that if and when potential poachers are caught, the evidence trail is more comprehensive. The emphasis of the two-tiered camera security system is to prevent crime rather than to deal with its consequences because we want to keep rhinos alive, rather than deal with the aftermath of yet another poaching. This is the system your donations are contributing to and the wider we spread it, and layer in other simple but cost- and manpower-effective solutions, the safer rhinos will be.