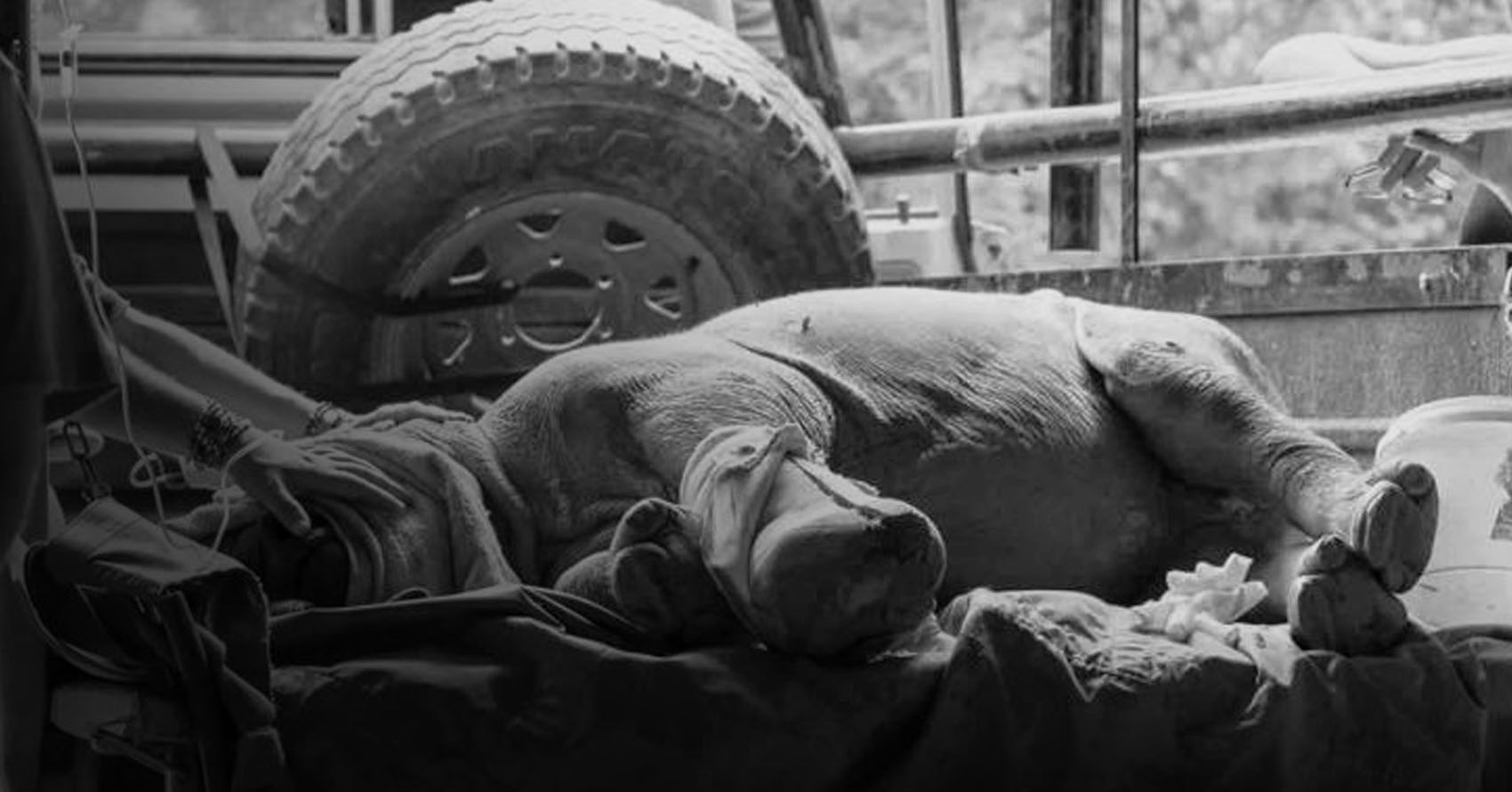 A day at Care for Wild Rhino Sanctuary begins in the Barn at 05h30! Volunteers gather to mix formula for rhino milk. They feed warm bottles of delicious milk to all the rhinos who are safe in their night pens. The rhinos will be fed six more times during the day.

Volunteers have a busy time: there are enclosures to scrub down and sweep out, teff and water to replenish, straw bedding to change and mounds of rhino poop to scoop!

Mid-morning, the bigger rhinos are released into the surrounding fields to graze and play, watched over by armed rangers. The baby rhinos will be led out of their baby “boma” (enclosure) and into the grounds of the sanctuary to play and wander freely, monitored by supervisors. At the end of the afternoon, all the rhinos are taken back to their bomas for milk and mud baths. They spend the late afternoon plastered with mud and basking in the sun.

Armed rangers watch over the rhinos as they sleep, making sure each one is safe. Volunteers will be called on to do late night feeds and monitor temperatures in the baby night pen. They willingly get up at 2 am to do this! Volunteers are given the unique opportunity to observe the rhinos, so that they may study rhino behavior.

Volunteers might also make “shit shakes” for the babies. Young rhinos eat their mother’s dung for essential nutrients. Volunteers mix fresh rhino dung and water, then strain the dung out: what’s left is a lovely shit shake! And the babies gulp it down. 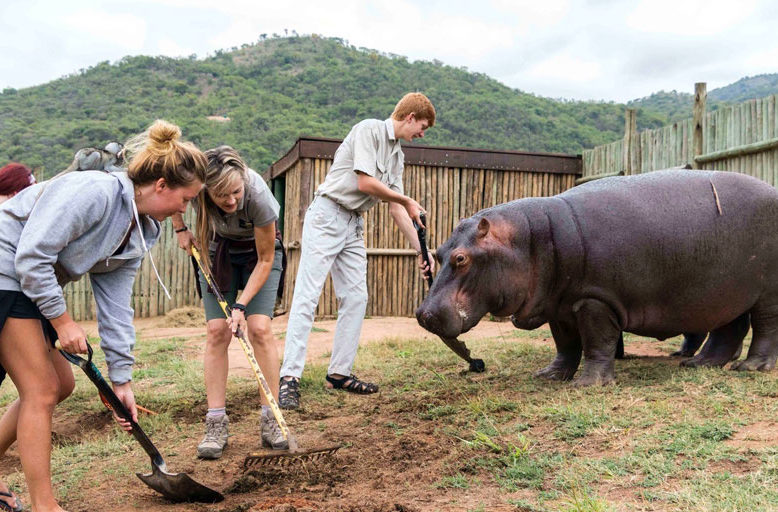 The volunteers also fill in charts and files, making sure that info on every rhino is updated so that Petronel and her team can keep a watchful eye on everything, ensuring each rhino’s well-being. 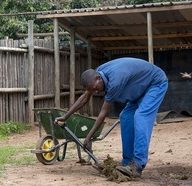 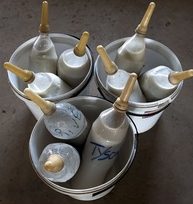 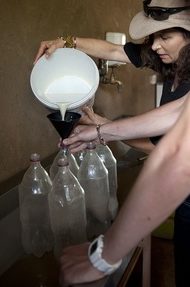 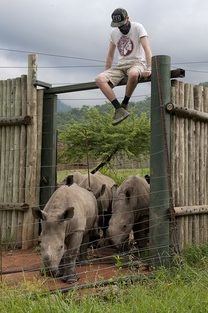