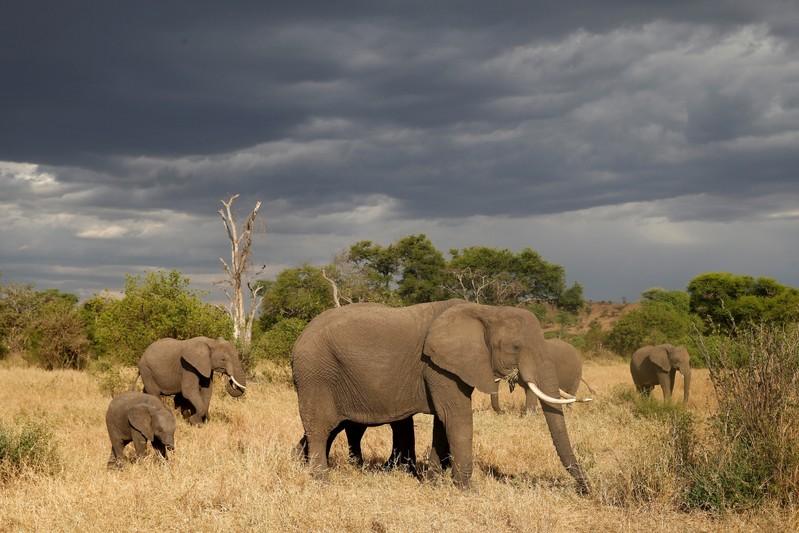 “As a result of the work of a special task force launched in 2016 to fight wildlife poaching, elephant populations have increased from 43,330 in 2014 to over 60,000 presently,” reads a statement from the country’s government, according to Sky News.

Elephants and rhinos are globally classified as vulnerable and endangered, respectively— but in Tanzania, both animals’ populations are apparently rising. According to the Tanzanian government, elephants have increased in population since 2014 from 43,330 to more than 60,000, and rhinos have increased since 2015 from just 15 to 167.

As for rhinos, the office of Tanzanian president John Magufuli claims that the rhino population was only 15 in 2015; however, according to The Independent, the Convention on International Trade in Endangered Species documented rhinos to have a population of 133 at the time. Either way, Tanzania’s rhino population is increasing slowly but steadily, as it’s believed to be at 167 at the moment.

Tanzania formed a task force in 2016 to combat wildlife poaching, which is the illegal killing of wild animals. People typically poach elephants for their ivory tusks (which are used for jewelry and decor), and rhinos for their horns (which are used for  Chinese medicine and as a status symbol, as per Save the Rhino). Sometimes, poachers also use elephants’ bodies for meat; additionally, tourists sometimes go trophy hunting, which is when hunters cut off and display an animal’s head on their wall.

Earlier this year, the Tanzanian government gave a 15-year jail sentence to the infamous Chinese ivory trafficker known as the “Ivory Queen,” NPR reported. The Ivory Queen was a “key link” between poachers in East African countries (including Tanzania) and ivory purchasers in China for more than 10 years; and between 2000 and 2004 alone, she helped smuggle more than 800 pieces of ivory between the two continents, NPR added.

Even though the news of elephant and rhino populations rising seems exciting, Mark Jones, leader of the international wildlife foundation the Born Free Foundation, believes there is still much work to be done to protect elephants and rhinos in Tanzania.

“This sounds like very good news but we should view these figures with caution until there’s independent verification – there’s no way that has occurred through breeding and protection alone,” Jones told The Independent. “[Rhinos] mature late, have long gestation periods and don’t produce many young. Both species take a long time biologically to reproduce. Elephants are intelligent — they move across national borders to where they are safer, so if there’s been a clampdown on poaching in Tanzania, it may be that some have moved in.”