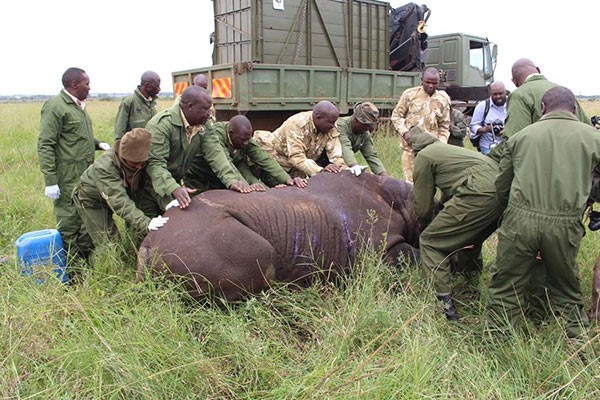 A Kenya Wildife Service translocation team rolls a sedated female black rhinoceros into a safe position before loading the animal into a transport crate ahead of the ill-fated journey to the Tsavo East sactuary. PHOTO | JAMES KAHONGEH | NMG

Only two out of the 11 black rhinos that were translocated to the Tsavo National Park are alive, denting Kenya’s conservations credentials, especially given that it holds 80 per cent of the sub-species.

“Preliminary investigations point to salt poisoning as the rhinos tried to adapt to saltier water in their new home. The investigations team is being headed by senior officers from the Directorate of Criminal Investigations, Ministry of Tourism and Wildlife, local and international experts. A comprehensive reports to be concluded within a week,”