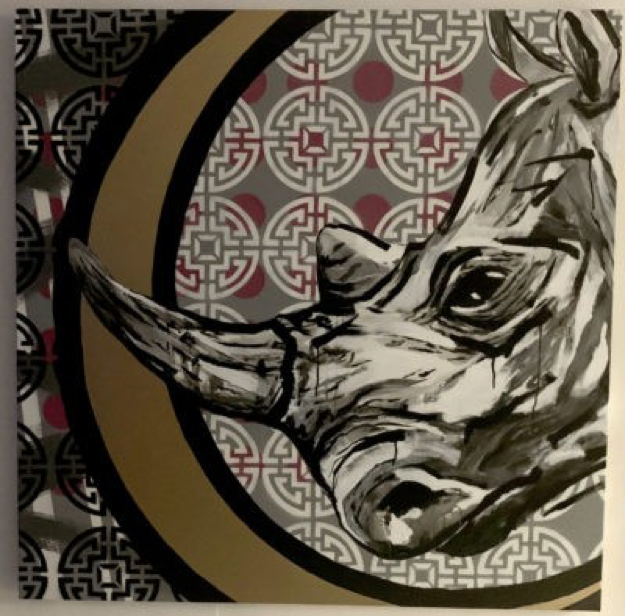 HONG KONG (Taiwan News) –A new art show called “Disappearing Species” highlights the plight of endangered species, focusing on Hong Kong SAR’s destructive ecological footprint. The interactive art installation has been created by Andy Stokes of The Collective to bring about awareness for threatened and endangered species that are on the brink of extinction due to human activity.

“Now is the time to inspire change if we are to stand any chance of saving these creatures and our planet,” Andy Stokes of The Collective said. “We are big animal lovers so we created this show to highlight the problems facing endangered species who are suffering immensely at the hand of man. It is our hope that using art and technology we can present information to guests in an artistic, fun and engaging way. If through this medium they can be educated to make one small change, then we’ve succeeded and that’s another step towards helping these animals”.

According to a United Nations report released in May, over one million species, such as sharks, elephants, and pangolins, are threatened with extinction by 2050. Major drivers include deforestation, overfishing, poaching, and climate change.

“We are delighted to be supporting this important show,” said Alex Hofford, Wildlife Campaigner for WildAid. “Transnational organized crime networks are moving countless tonnes of ivory, rhino horn and pangolin scales from Africa into Asia, and that’s why we are urgently calling on the Hong Kong SAR government to place our city’s wildlife laws under its Organised and Serious Crimes Ordinance (OSCO). This show can help educate the public on why such a crucial step from the government’s Security Bureau is necessary.”

As guests approach the 270 degree projected installation atoms attract together into the forms of animals and are presented with current conservation data related to their decreasing populations. Based on real-time data which is linked to actual populations left in the wild, the more endangered a species is, the fewer atoms are available to display its form.

“We live in a natural world that is under assault from our continual greed by over-exploitation,” said Gary Stokes, Director of Oceans Asia. “The victims are the countless species, driven towards extinction, often in silence. We are excited to be involved in projects such as this, that uses art and technology in a fun and informative way to reconnect the human population with the rest of the animal kingdom, and give animals a voice when they need it the most.”

However, some species like the vaquita are so close to extinction that it is nearly impossible to visualize their form with atoms. This accurately represents the devastating plight of some wildlife. The longer an audience member remains situated in front of a piece, the more they will be able to learn about the issues relating to that endangered species. Through an engaging information feed, a deep connection between species and audience can be created, thus establishing awareness with the goal to inspire global change.

Jill Robinson OBE, Founder of Animals Asia, said: “Losing whole species and seeing indescribable suffering along the way as a result of human exploitation, greed and disregard is our shame. We carry this on our shoulders as each species screams towards extinction, creating a terrible ripple effect for the next and the next. Yet, there is so much we can do to mitigate the failings of our actions, and Animals Asia is thrilled to join this interactive installation that shines the spotlight on our suffocating planet, ignites the spark of imagination and passion, and sees a compelling call to action for change.”