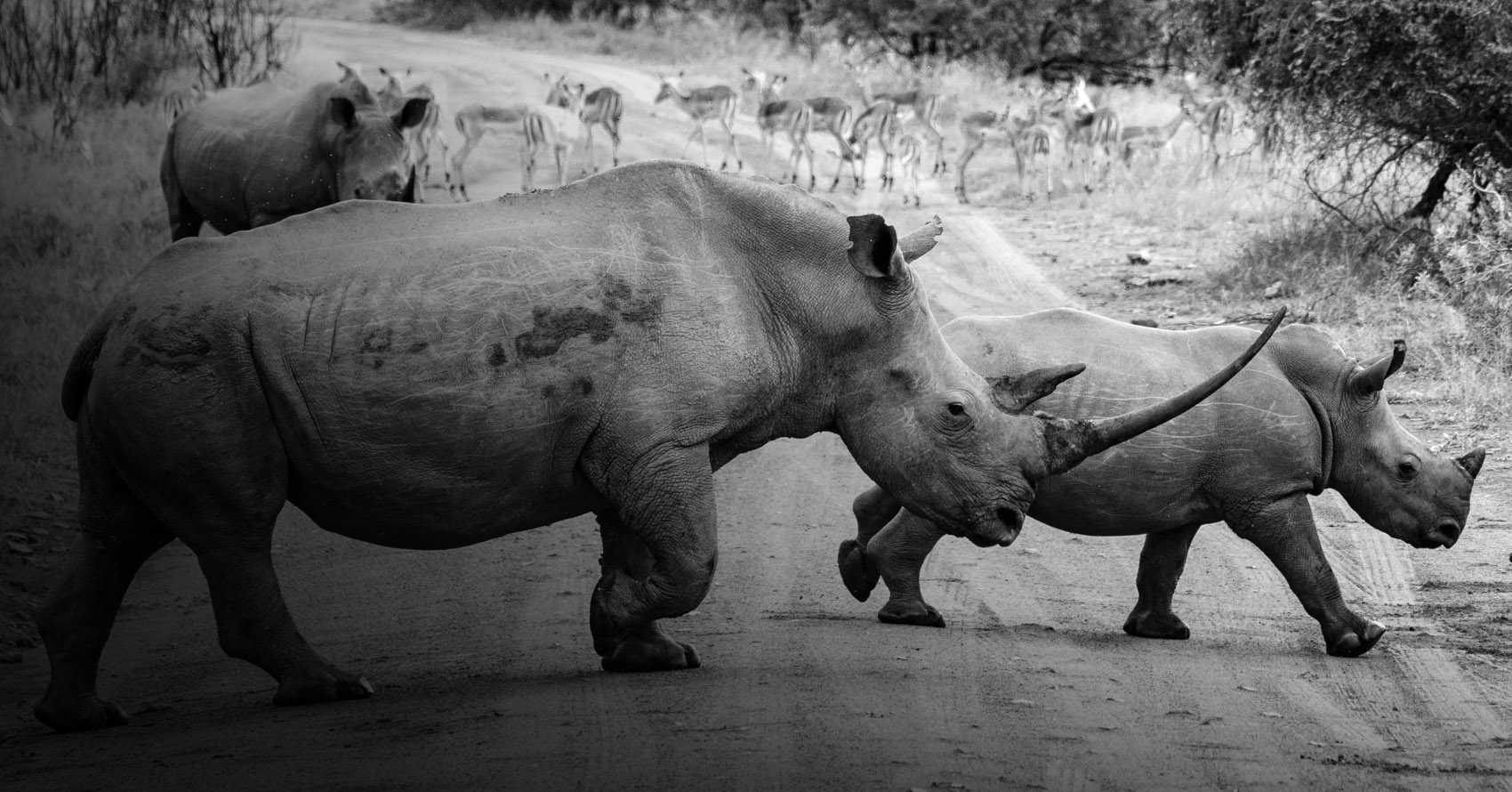 On the Brink of Extinction: The Last Rhinos

Despite rising global action, at the current pace of the slaughter, Rhinos could be extinct within a decade. Some say within 3 years. In the last 40 years, the world has lost 95% of its rhinos. 3 or more rhinos are poached every day. The statistics are difficult to determine because governments do not release these figures regularly. In 2017, 1028 rhinos were poached in South Africa, a slight decline from 2016. There has been an increase in poaching inside Kruger NP: 1873 incidents were recorded from January to Sept of 2018. The South African Department of Environmental Affairs says 400 people were arrested since the beginning of 2018.

Since January 2018, 162 alleged poachers were arrested, 83 rhino horns were confiscated, and 145 weapons were seized. Carried out by sophisticated syndicates in Asia whose cruelty and greed is insatiable, Rhino poaching is causing unsustainable losses as well as extreme pain and suffering. Statistics do not include the orphan calves who suffer extreme trauma after watching their mothers being brutally murdered. Many die unless they are found in time and transported to a sanctuary for intensive care. Rhinos were on the brink in the early 1900s, with some species down to fewer than 100 to around 20,000 today. They recovered when the world woke up to this looming tragedy. The poaching epidemic is fueled by the inflated value of horn (85,000USD/Kilo) and the medical myths prevalent in China and Vietnam. It is purported to cure every disease from the common cold to cancer. More recently, as the rhino heads towards extinction, the horn has also acquired value as a status symbol. A full grown horn can reach 5 feet. Of the 5 species, the Sumatran, with fewer than 80 animals, is the most imperiled. A successful breeding program in Sumatra is helping to increase numbers.
In 2018 the death of the last male Northern White rhino attracted much attention. There are only 2 females left and an intense effort is under way using advanced reproductive technologies like in vitro fertilization.
Due to strict protection in India and Nepal, the Greater One Horned or Indian Rhino has increased from 200 to 3,550.
The African Black Rhino, like the white rhino, are being very hard hit by poaching. In the 70s, they numbered over 65,000. By 1993, there were fewer than 2,300. Today there are about 5,000.
Despite these dismal statistics, there has been some success. Ten years ago, 20,800 rhinos roamed the earth. Today the number is around 29,500 most being the Southern White Rhino.
WildAid, working with public figures in Vietnam and China, and partnering with AWF, is increasing awareness about the reality of rhino horn.
What this means according to International Rhino Foundation , is that

The alternative is shocking: what took nature millions of years to create and sustain, could be wiped out in a single generation.