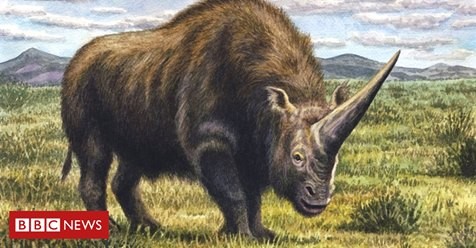 A giant rhino that may have been the origin of the unicorn myth survived until at least 39,000 years ago – much longer than previously thought.

Known as the Siberian unicorn, the animal had a long horn on its nose, and roamed the grasslands of Eurasia.

New evidence shows the hefty beast may have eventually died out because it was such a picky eater.

Scientists say knowing more about the animal’s extinction could help save the remaining rhinos on the planet.

Rhinos are in particular danger of extinction because they are very picky about their habitat, said Prof Adrian Lister of the Natural History Museum, London, who led the study.

“Any change in their environment is a danger for them,” he told BBC News. “And, of course, what we’ve also learned from the fossil record is that once a species is gone, that’s it, it’s gone for good.”

Weighing in at a mighty four tons, with an extraordinary single horn on its head, the “Siberian unicorn”, shared the earth with early modern humans up until at least 39,000 years ago.