Rehabilitated Rhino Poaching Survivors, Lion’s Den and Dingle Dell, are Released Back into the Wild. 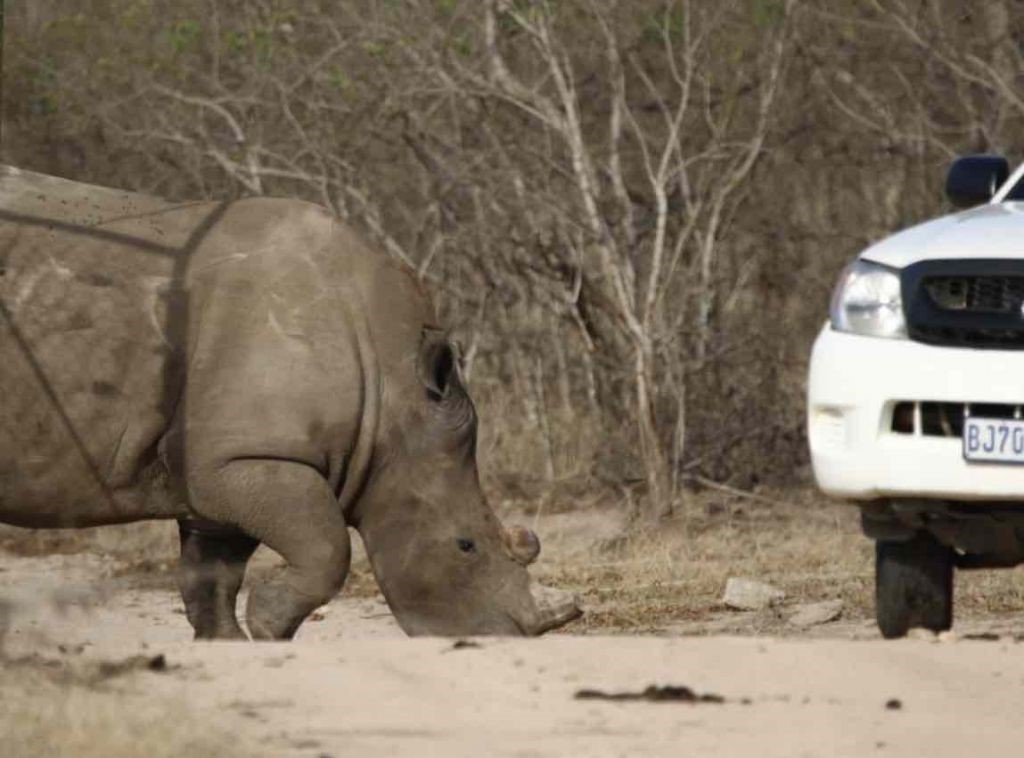 Five years after two rhinos survived a vicious poaching attack that left them severely injured and a bull dead, they have been returned to the wild. Fully rehabilitated, but dehorned to deter further poaching attacks, they are living testimony of the rehabilitation work the Hoedspruit Endangered Species Centre (HESC) performs on injured and orphaned animals brought to the Centre.

On Monday 3 September, Lion’s Den and Dingle Dell, two white rhinos, were released back into the wild, in an undisclosed location. The two beauties that ran off into their new surroundings yesterday 3rd December,  were a a far cry from the animals that arrived at HESC five years ago. Their horns had been cut off with a chain saw while they were grazing in the reserve on 30 August 2013. The bull died on the scene and the two cows were left with gaping holes and their sinus cavities exposed where their horns had previously defined their iconic appearance.

Since named Lion’s Den and Dingle Dell by HESC, the two cows have undergone extensive treatment by a team of specialized wildlife veterinary surgeons. The treatment of the injured Lion’s Den and her calf Dingle Dell at HESC not only saved the animals’ lives, but resulted in a pioneering procedure being developed that would serve as the blueprint for rhino rehabilitation in the future.

Lions Den and Dingle Dell in May 2018

Lente Roode says the biggest challenge in terms of rehabilitating rhinos, besides the costly treatments, is the financial burden of providing security to prevent further poaching atrocities. Poaching of rhinos for their horns is escalating worldwide and in South Africa the massacre of these iconic animals remains a constant threat and has reached epidemic levels. No reserve is guaranteed a safe haven.