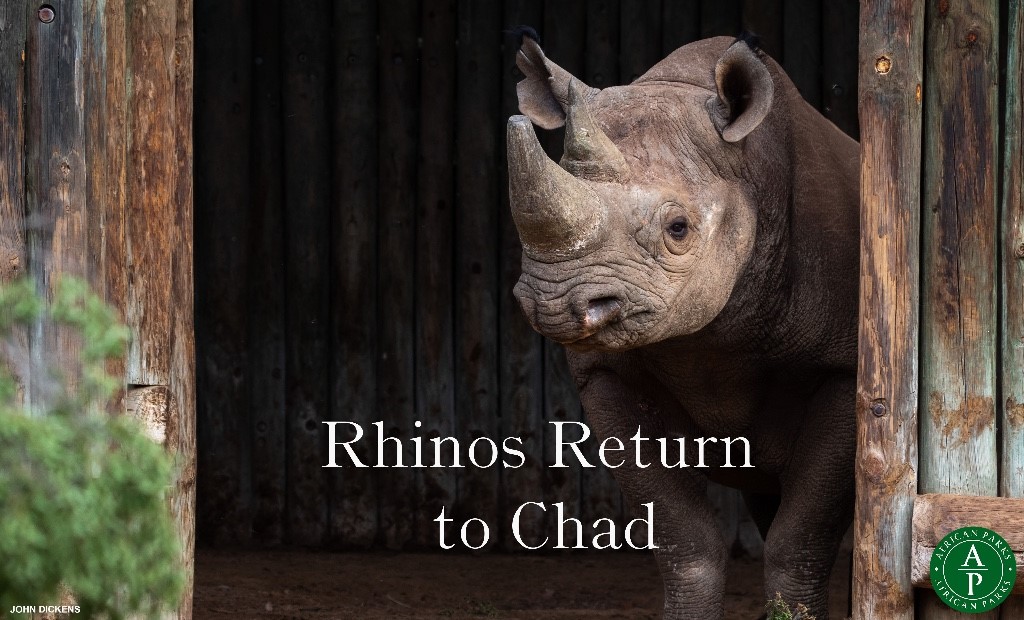 Earlier today, six black rhinos were loaded for transport from South Africa as the result of an unprecedented international collaboration among South Africa’s department of Environmental Affairs (DEA), the Chadian government, South African National Parks (SANPArks) and African Parks, to reintroduce the species to the Republic of Chad. The last black rhino was recorded in 1972.

The rhinos  are being translocated by air over 3,000 miles from South Africa to Zacouma NP. There is very little poaching in the park after seven years of work on this problem and elephants are on the rise for the first time in a decade.

THIS IS AN HISTORIC EVENT THAT CALLS FOR CELEBRATION!

Regional cooperation is critical. Extraordinary gains were made in protecting and revitalising Zacouma through a partnertship between the government of Chad and their commitment to conservation, supported with funding from the EU.

This reintroduction is extremely important  and creates hope for rhinos across Africa.