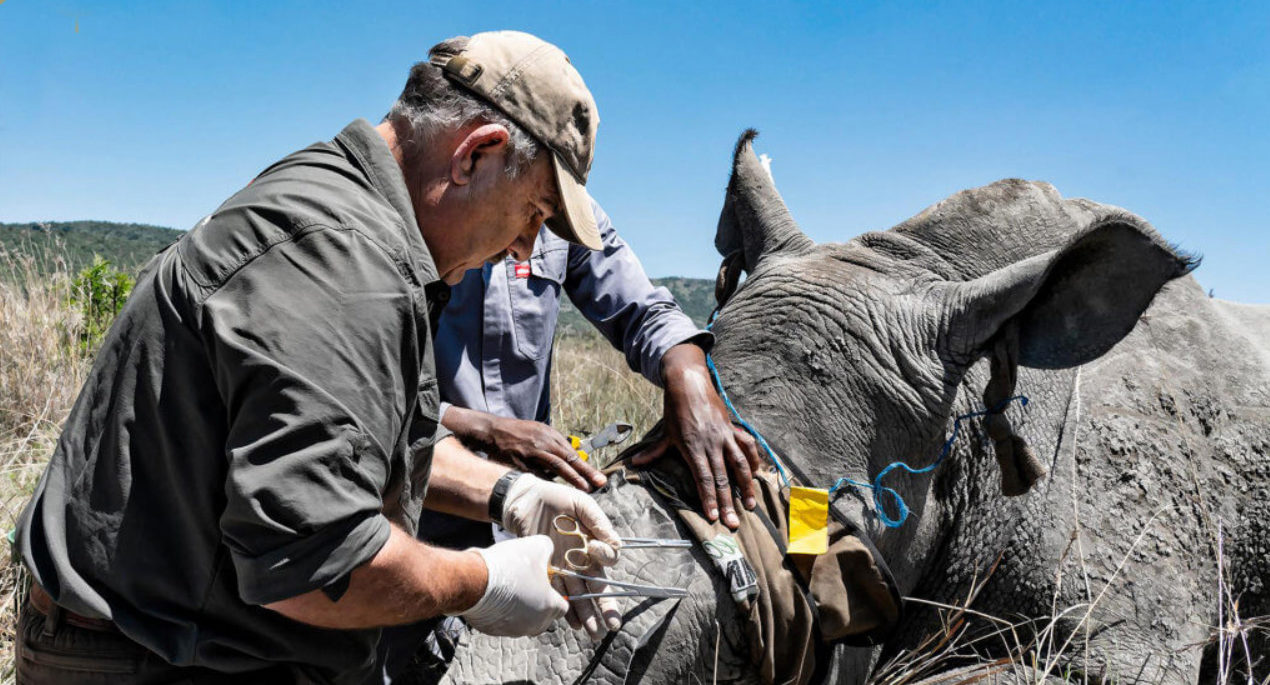 Saving the Survivors was founded by veterinarian Dr. Johan Marais in 2012 with the goal to provide care and treatment for wildlife that have suffered due to the impact of man, mainly through poaching. As a field-based project, STS assists various wildlife species across Africa and Asia. Dr. Marais and his new team of experts began to tackle the poaching crisis from a veterinary perspective. The countless animals saved has given Johan Marais the worldwide recognition he deserves, as one of South Africa’s true national treasures.

Dr. Marais and his team have successfully treated numerous rhino poaching survivors that had their horns and part of their faces hacked off. One such special rhino was known and loved around the world. Her name was Hope. In the process of removing her horns, the sinus cavities and nasal passage were exposed. Against all odds she survived. Hope’s surgeries played a critical role in developing and improving facial wound treatment in poached rhino survivors. Having survived and undergone so many treatments, Hope was an inspiration to many other poaching survivors and the backbone of what Saving the Survivors NPC stands for: Creating Hope from Hurt. Baby Rhino Rescue has partnered with Saving the Survivors and our first project focuses on Seha, a poaching survivor.