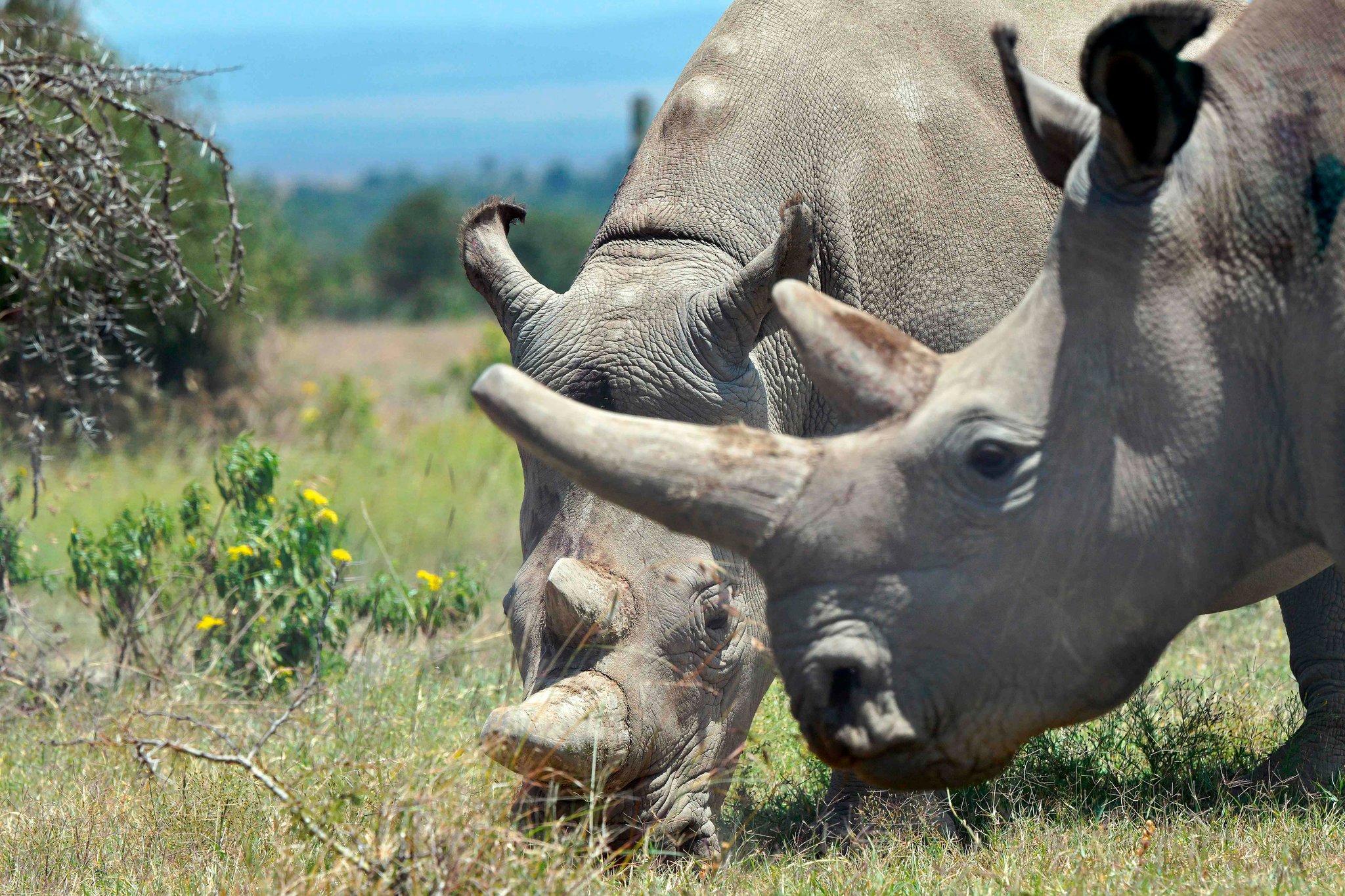 A mother and daughter are the only two northern white rhinoceroses left in the world. Their eggs were fertilized using sperm from males who have died

With a handful of oocytes and a collection of frozen sperm, an international team of scientists is racing against the clock to ensure that the only two northern white rhinoceroses left on the planet — both females — are not the last of their kind.

On Sunday, scientists in Italy were able to fertilize seven of the 10 oocytes, or eggs, that had been extracted from the two rhinos last week. They used sperm that had been collected from male rhinos before they died.

That outcome was better than expected, said Cesare Galli, the managing director of Avantea, the laboratory in Italy. But it is only one more step in a conservation effort that has spanned continents and lasted for years.

Dr. Galli was working with scientists, veterinarians and conservationists from the Leibniz Institute for Zoo and Wildlife Research in Germany, the Dvur Kralove Zoo in the Czech Republic, and the Ol Pejeta Conservancy in Kenya.

“We were really able to do something no one before has been able to do,” said Jan Stejskal, the director of international projects at the Dvur Kralove Zoo. “We still don’t know whether we’ll have embryos, but it was successful anyway. We proved that there is a real chance for them to have offspring.”

Not everyone considers this a worthwhile effort; critics questionwhether resurrecting an animal that is functionally extinct could draw attention away from other endangered species.

Human efforts to save endangered animals (often made necessary by manmade threats like environmental degradation and poaching) are usually a race against time. But in the case of the northern white rhino, the race is especially urgent.

An animal can be considered critically endangered if there are dozens or hundreds of them left. But in this case, the only survivors are Najin and Fatu, a mother and daughter. And scientists discovered in 2014 that even artificial insemination using frozen sperm was unlikely to be an option for them, since neither seemed physically capable of carrying an embryo to term.

That rhino, called Sudan, had spent most of his life in the Dvur Kralove Zoo in the Czech Republic. He had been captured from the wild in 1975, which might have saved him. In 1960, there were about 2,000 northern white rhinos in Africa. But the population has since been decimated, in large part by habitat loss and poaching.

Sudan moved to the conservatory in Kenya in 2009 and died at the old age of 45 in March 2018, leaving the two females — his daughter, Najin, and his granddaughter, Fatu — alone at the Ol Pejeta Conservancy in Kenya’s Laikipia County.

“When he died, it was a sad moment for all of us,” said Stephen Ngulu, the veterinarian in charge at the conservancy. “We knew that we had some sperm that had been collected from him and several other males. So we knew that the only hope for the species was to get the eggs from the female.”

In order to extract the eggs from the two rhinos — using a probe guided by ultrasound — the animals had to be put under general anesthesia. That procedure is never risk free, so the scientists and veterinarians involved knew they had to be exceedingly cautious.

“It was a big day for us,” Dr. Göritz said. “It was quite successful.” He and Dr. Ngulu said the rhinos recovered nicely from the anesthesia.

Dr. Göritz said it would be ideal to see a northern white rhino born within a few years, so that it could coexist with the two females and learn their behavior. But that will require a surrogate pregnancy.

But that is still many steps ahead. Dr. Galli, of Avantea, said it was unclear how many of the eggs fertilized this week would become blastocysts, the next step in embryonic development. That should become clear sometime next week — and even then, perfecting a technique for transplanting an embryo into a surrogate could take years, and gestation can last for 16 months or more.

But even if every egg fails, there will most likely be opportunities to extract more, Dr. Galli said, adding that egg fertilization alone was a big step forward in terms of scientific achievement.

Dr. Göritz agreed. “It’s not only about saving the northern white rhino,” he said. “We gained so much knowledge, and we used technology that we can now apply way earlier for other endangered species before they reach this situation.”