The Social Structure of White Rhinos 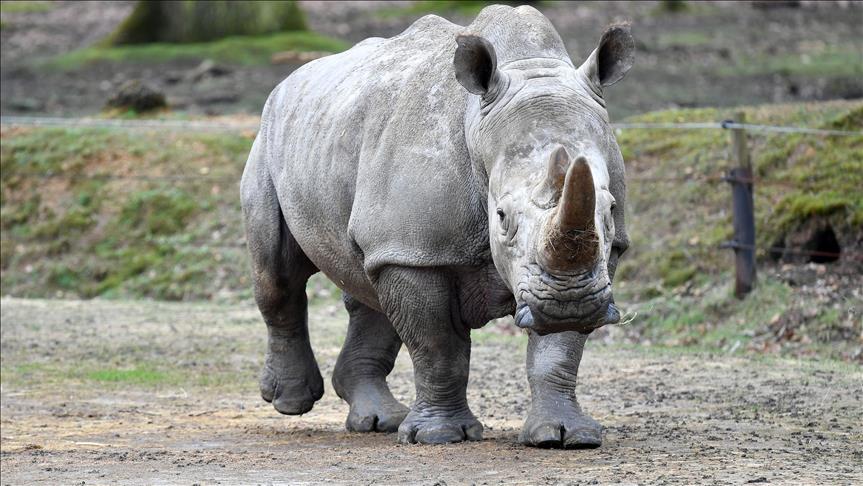 White rhinos have evolved a companionable and friendly social structure which means that with the exception of a lone dominant male, there are very few white rhinos that live alone. They are vegetarians who spend an inordinate amount of time eating grasses which are low in calories. This means they need to consume a lot of grass to fill up and that keeps them busy for much of the day. Unlike predators who often sleep for long stretches of time, rhinos take 60 to 90 minute naps throughout the day, but never sleep for a long uninterrupted period. They all have ranges and territories within which some have favoured shade giving trees as well as wallowing and water spots, all of which makes their social life well ordered.  In the world of rhinos there are snoozing and shade spots, easily identifiable territories and strategies for surviving during dry periods. They have different characters and friendships and while robust and powerful, are not incapable of experiencing stress if their routine and territory are threatened.

Like us they have friendships, groups of companions all of which changes when they begin to breed. They do differ however in how they find a mate. While graffiti in pub loos might advertise the occasional phone number, most humans do not start their mating rituals in a toilet. A rhino ‘marriage ceremony’ can often start as a result of a message left at a midden that a female is ready for mating.  This will usually happen when she is around seven years old. At this point the male who is the proud owner of the territory where she has left her message will do his best to entice the female into his space where he will woo her for between five to twenty days.  Courtship involves subtly but firmly keeping her in his territory and he will guard her closely making sure she doesn’t leave until he has had a chance to mate with her. Copulation takes up to half an hour and that is more or less the end of the male involvement while the female faces a sixteen month pregnancy and three years of ‘child care’.

When she gives birth to her calf she is alone. Newborn calves take two to three days to get their sea legs but once they are stable they are enchantingly bouncy and robust little creatures.  When frightened they instinctively run ahead of their mothers who are fiercely protective. Weaning starts at two months, but nursing can continue for well over a year. White rhinos stay with their mothers for up to three years after birth. That ends when a new calf is born at which point the displaced calf heads off and normally forms a firm friendship with a peer. These friendships are strong and supportive and although they might join a larger group of adolescents, those bonds are not as strong as the ones formed between two peers. The friendships are usually same sex ones and extend into them joining a larger grouping of same sex adolescents or a group of adolescents who have bonded with an adult female who has no calf.  A group like that represents companionship, power and protection all rolled into one. It changes when a male decides he wants his own territory, but even then he might be happy to accept living in an older dominant male’s territory until he can successfully challenge him. Females do not have territories, but range over larger areas, they also can and do form groups with other females.

The rhinos one often sees snoozing under trees in the heat of the day are more than likely to either be a group like that or a group of adolescent males who can and do form groups of five or less. It’s a well ordered and friendly arrangement with the same fluidity of human friendships which also adjust to mating and breeding and changing needs through a lifetime. White rhinos are relatively peaceful vegetarians whose bulk is usually enough to settle a dispute as well as frighten off other animals. Like whales they are giants in their world, performing vital services while carrying on friendly complex and peaceful lives. They seem to have a calming presence on tense situations between other species particularly those under attack. Hyenas and lions appear to back off when more than one rhino shows up at a potential kill. Rhinos seldom do much beyond behave like bouncers, but their sheer bulk seems to be enough to persuade predators to back off. It is not usual to see rhinos sharing space with any other species than their own but while they don’t like predators they do not go out of their way to harass or engage with other wild species. They like their own rhino company and there fairly well ordered world.